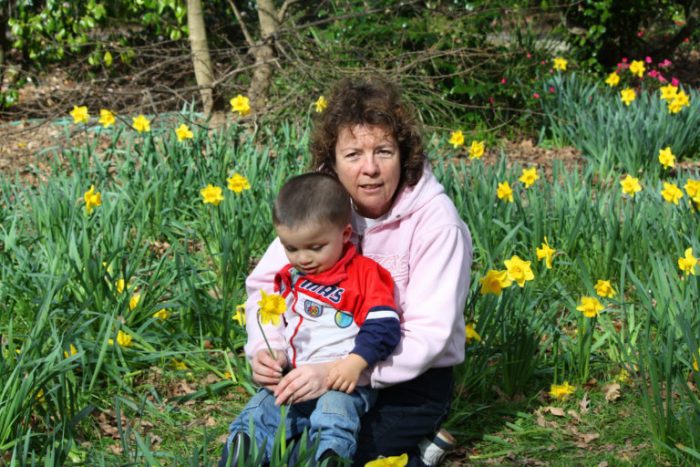 Cheryl has lived every parent’s worst nightmare. Her 21-year-old daughter was murdered while her 3-year-old grandson was present.

“At the point where I was told Alexsis was dead the world ended. I was in this numb state where I was barely breathing, my body was moving but I wasn’t there, my mind was screaming this is not true, it can’t be true. But it was. And I now had this precious little boy to look after who had lost his mum, who had been told she’d gone on holiday, who was actually at the scene when she was killed. Murdered in the home they shared, somewhere that was supposed to be safe.

“At this point we were working with the Police, working to get the person responsible held accountable. There were many questions to answer regarding my grandson. ‘What did the little boy see?’ That’s the question they asked. At the time he didn’t understand the trauma that had happened, he knew something was wrong, he could remember that she was asleep: ‘I can’t wake mummy up. She’s asleep. She’s being a lazybones Nan.’ He knew he couldn’t have his mummy but didn’t understand why. Surely Nan can fix this?

“You’ve got to also remember we’re having constant earthquakes during this time as well. It was not long after the September 4th quakes. We had gone through Christmas trying to pretend for the little boy. I was trying to help him cope and asking people ‘Where can I get help for this little boy?’ Everyone was shut, no one was accessible, they all seemed to be holiday. The Police were visiting frequently, there was no ‘holiday’ for us. That’s when I got told about Home & Family and how they do child therapy. That they were able to help a little 3 year old and how it was extremely important he got the help he needed. So we were put on the waiting list and told it might be six to ten weeks. But there was no other alternative. The only one little piece of lifeline we had that could potentially help this precious little boy is Home & Family. And then February 22nd hit, Christchurch fell around us and life was turned upside-down all over again.

“By this stage we’re in a really desperate situation. The waiting was agony. And then we had our first meeting and I thought, Thank God! I’ve actually got someone. And she explained what child therapy is, and I hoped it was going to work because I didn’t have any more energy to find anything else, and besides that, nothing else even seemed to exist. And this therapist had dealt with children in trauma and she said those simple but profound words, ‘I can help’. I can help, I can’t explain the relief I felt at those words, how much it meant.

“It’s like you’ve had this series of tidal waves hit and you’re drifting out at sea. You feel like you’re drowning, and you’re trying to hold yourself above water, but not only that, you’re trying to hold this little boy higher above the water than you are. And you can just cope with the water being over your mouth, but you’re holding him up so he doesn’t have to experience that, so he can go through this and it impacts him as little as possible. Because, you can’t cope with losing him as well. And the relief, that all of a sudden, he’s got a lifejacket on.

“He was in there on his own with the therapist and he thinks it’s play time, and he gets to play with fun toys. What he was able to do, was he was able to express himself through play, and act out his needs in the role play. He has a strong need to protect and be protected, and he would use his favourite animals to act this out. To try and change the outcome. But what I was actually seeing, is that he was able to almost release, and he had another avenue that he could express what was going on in his little mind and try to work things out.

“It was about building this network of loving individuals around this little boy. We worked as a team. We would sit and discuss what I was seeing at home and be able to put it into context. She was able to give reassurance to me that this is a point in his journey to coming to better wellness, to be better placed to be ok in himself. She walked alongside us, and gave me the tools and the language in the role as caregiver to make sense of what was going on for him

“So he was able to go through his journey. And it was a very, very long journey. It was almost three years. We gave him the time he needed, not to be constrained by a fixed set of sessions. And he was given tools too, to be able to express himself, to try to make sense of what he had experienced. And to make him feel safe. And that’s the goal, to make him feel safe, to help him to function fully, to develop fully. To honour the promise I made to his mother, to help her enable him to be the best he could be. The staff at Home & Family wanted to make this little boy happy and help him thrive as much as I did. They are simply amazing.

“They have created this environment at Home & Family, a culture that feels like when you walk in the door you’re wrapped in a lovely warm blanket. You’re in safe hands, in a safe place full of people that truly, truly, and deeply care. And that’s the difference, that’s the difference.”